Kosice is almost ready for one of the biggest sports events since they have experienced the World Hockey Championship. The best players from all over Europe will come to the Steel Arena to show what they were waiting for for 4 years. 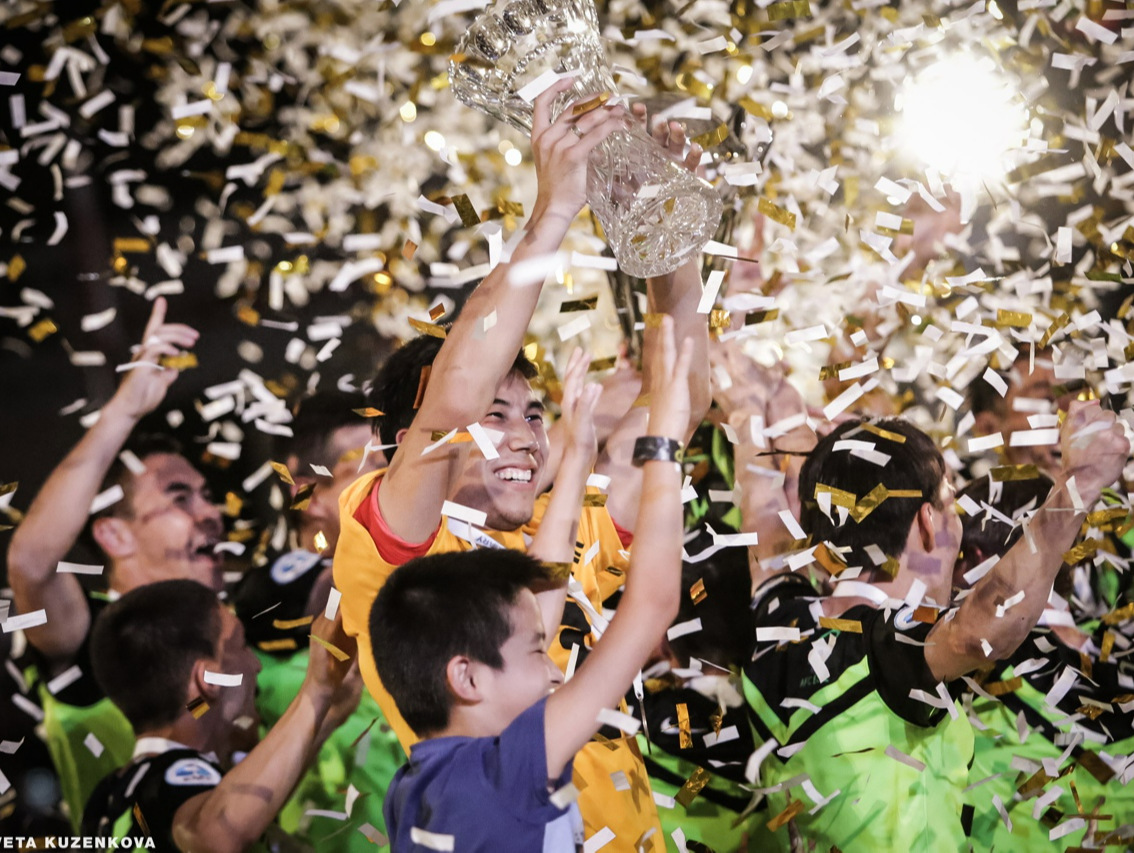 ABOUT THE MAIN FAVORITES OF THE EMF EURO 2022. AND NOT ONLY ABOUT THEM

So let's talk about the biggest favorites of the EMF EURO 2022. Of course, it is just our opinion and we will be happy to find out who is your main favorite this year. Let us remind you that, for known geopolitical and security reasons, the Russian national team will not take part in the tournament. The European Champion from 2017 would be one of the hot candidates for medals in Košice.

The reigning European Champions and 2017 World Champions is a the current leader of the European Minifootball ranking. Czech Minifootball has always been one of the wider world leaders, but in recent years it has matured to perfection.

After a great success at the 2017 World Championships in Tunisia, the Czech national team confirmed its dominance at the 2018 EURO in Ukraine. Their great winning series was stopped by Mexico in the quarterfinals of the 2019 World Cup in Australia. Now the Czechs are coming to Košice to show again that they are AT LEAST the best in Europe.

The Czechs will compete with France, Moldova, and Serbia in Group E.

If we would be able to put the bet on victory, one of the lowest odds rates would probably be given to the representatives of Romania. The six-time European champions are not only among the absolute European but also world leaders. We can call this country the cradle of Minifootball of the old continent.

Between 2010 and 2015, the Romanians won the EUROs 6 times in a row. For the first time in Slovakia, when in the final they defeated the Slovaks 8: 0. At the last EMF EURO in 2018 in Ukraine, they won silver after the final loss to the Czech Republic. They won bronze at the 2019 World Cup in Australia.

Romania will play in the tournament in Košice in group B together with Albania, Azerbaijan, and Spain.

A surprise? According to the current position in the European ranking, it may be, but the Slovak national Minifootball team is preparing very conscientiously for the domestic championship. The support of the fans in Košice will drive the Slovaks forward for another medal after ten years.

The last time Slovakia took precious metal at the EURO was when was the organizer. In 2010, after a brutal final loss to Romania 0: 8, the Slovak national team left the championship with silver medals. They also got far at the 2012 EMF EURO, but after a penalty loss with the Czech Republic in the match for third place left without a medal. In addition, the Slovaks took an excellent seventh place at the 2019 World Cup, which is proof that Minifootball is doing well in this country.

Slovakia will play in group A against Belgium, Italy, and Poland.

In recent years, Kazakhstan, which belongs to a group of countries where the passion for Minifootball is flourishing, is also among the European elite. The Kazakhs shocked all of us for the first time in 2016 when they won the EURO without a single hesitation. A year later, they failed at the beginning of the knockout phase, but they were back at the last EMF EURO 2018, where they won bronze.

At the World Cups, the Kazakh team twice finished 11th and didn't participate in the last tournament in 2019. However, the results, the game, and the quality of the team are now again indicating that in Košice they can be very high.

It will be interesting to see how Kazakhstan will go through their group F. They will play there against Greece and England and will also be tested by a possible "black horse" of the tournament - Israel.

Hungary is certainly not only one of the best teams in Europe, but also in the world. This country has been showing excellent performances for several years in a row, but the Hungarian national team still misses great success. So far, they have won one bronze medal at the 2017 EMF EURO, and at the last two World Cups, they recorded an excellent 4th and 6th place.

Already in preparation, they included several former professional players in the team, who could make it to the finals. So it seems that the Hungarians will have time to "win or die", as we believe that it's time for them to step to the top.

First, however, Hungary will have to fight its way into group D, where they will play against Turkey, Ukraine, and Portugal.

We can also rank the representatives of Serbia among the favorites of the tournament. At present, they are ranked tenth in the ranking, but no one can accept them as an easy team. They are growing each year and can be accepted as the strongest teams in the Balkans, which for sure can make Serbia one of the favorites.

After all, in 2018, the Serbs took fifth place at the EURO in Ukraine, when Kazakhstan stopped them right before the fight for medals. Serbia has been participating in EMF EURO tournaments since 2016 and has shown better football every year. They were presented at the World Cup twice so far. In 2015, they took tenth place, in 2019 they finished in twelfth place.

Serbia will meet in the group the strong Czech Republic, France, and Moldova in Group E. It can be a "death group".

Finally, we will introduce the main candidate for the role of "black horse" EMF EURO 2022 in Košice. It is Israel, which has only 17th place in the current ranking, but its current strength has already been felt firsthand by several expected favorites.

At the EMF Nations Cup 2021 in Budapest e.g. Israel managed to beat the Czech national team twice. In the main part, they won 4: 2, and in the battle for bronze 5: 2.

So far, Israel has mostly failed in the group stage at the EURO. Twice, however, they managed to go into the playoffs, but in both cases, their journey ended very quickly. Last time at the 2018 EURO, they finished with a single victory and three losses in the fourth place and got 15th place overall. Israel has not played at the World Cup yet.