Azerbaijan is the European champion for the first time, bronze medal for Bulgaria

We have a new European champion, Azerbaijan have won their first ever EMF Euros after defeating 6 times winners, Romania inside the magnificent Steel Arena. Bronze medal goas to Bulgaria which beat Kazakhstan. 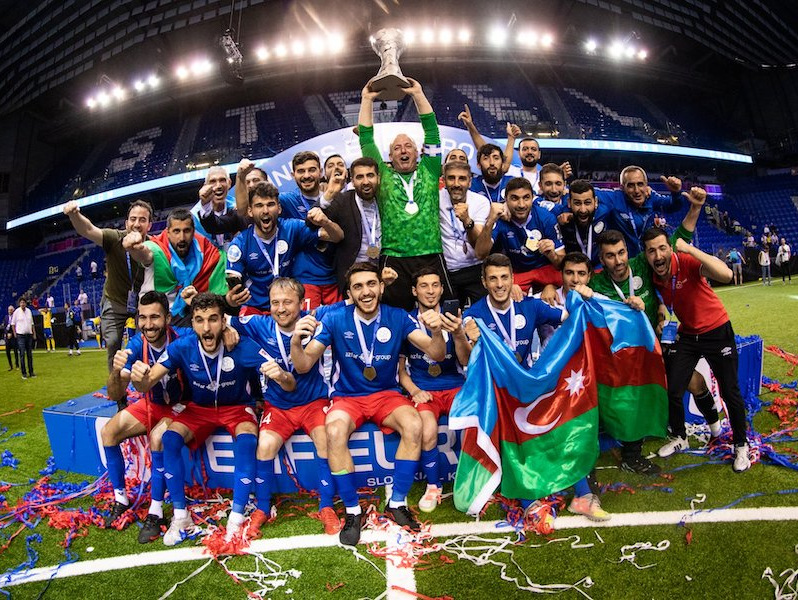 Romania started the brighter of the two teams but the longer the game went on, the more Azerbaijan grew into the game and once they realised they didn't need to fear the former champions, they gave as good as they got and no one could deny them their first title.

„I am so happy I don’t know what to say. Big moment for our country, big moment for our people and for all players. I think we totally deserved it and we are European champions now,“ said Samir Hamzayev right after the match. 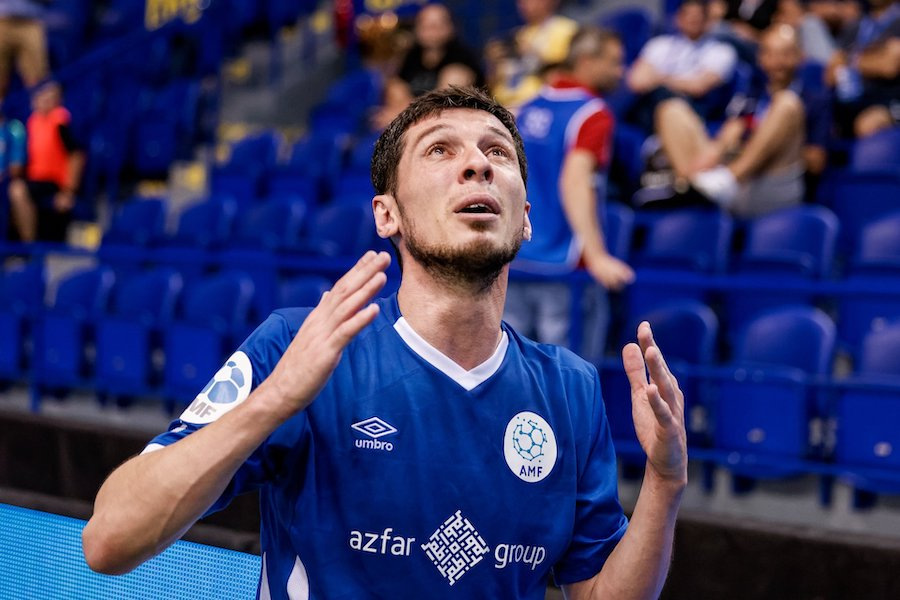 After losing their opening group game to Romania 2-0, the Azerbaijani team went into the final as underdogs, but they were more than a match for Romania and will now have their name engraved on the famous EMF trophy.

„We lost first match because we did some mistakes. We were losing from the start of the match, it wasn’t good. But in the finals we realized we can be better. We started absolutely concentrated and gave everything on the pitch. We played on our maximum. Now we are going to celebrate,“ addad Hamzayev.

Romanian Captain Mircea Popa was really sad after the match: „It is difficult for us because I think we are better than Azerbaijan. But we just didn’t score. Football is about goals. They had only few chances and scored. It is hard but we have to ta accept it, stay with head ups and try again next year.“

Bulgaria have done it, they've got their first ever podium finish at an EMF Euro after they beat a spirited Kazakhstan 4-1 in the 3rd/4th place play off. It was a close game for long periods, but once Bulgaria scored just before half time, there was only ever going to be one winner and despite Kazakhstan battling to stay in the game, they were no match for the Bulgarians.

The second and winning goal of the Bulgaria scored in 30. minute Angel Rahov. „It doesn’t matter who scored the goal. Boys did a great job, we played well as a team, we kept together and were all fighting for our country,“ he claimed.

Nauryz Ashenov, scorer of the Kazakhstan gola, said after the game: „Our bench was very short, we also got a lot of yellow and red cards during the tournament. We were missing few players in some games so it was really difficult for us. But I am sure that our team did the best to take the bronze medal. We unfortunately lost today. All teams in this tournament were strong not only Bulgaria. All matches were on equal level, we had to fight hard against everybody.“